Using the mixer for Podcast Interviews

I like to have my set up of my laptop hooked up to a charger on the main table. I usually sit at the side with closest access to the mixer. 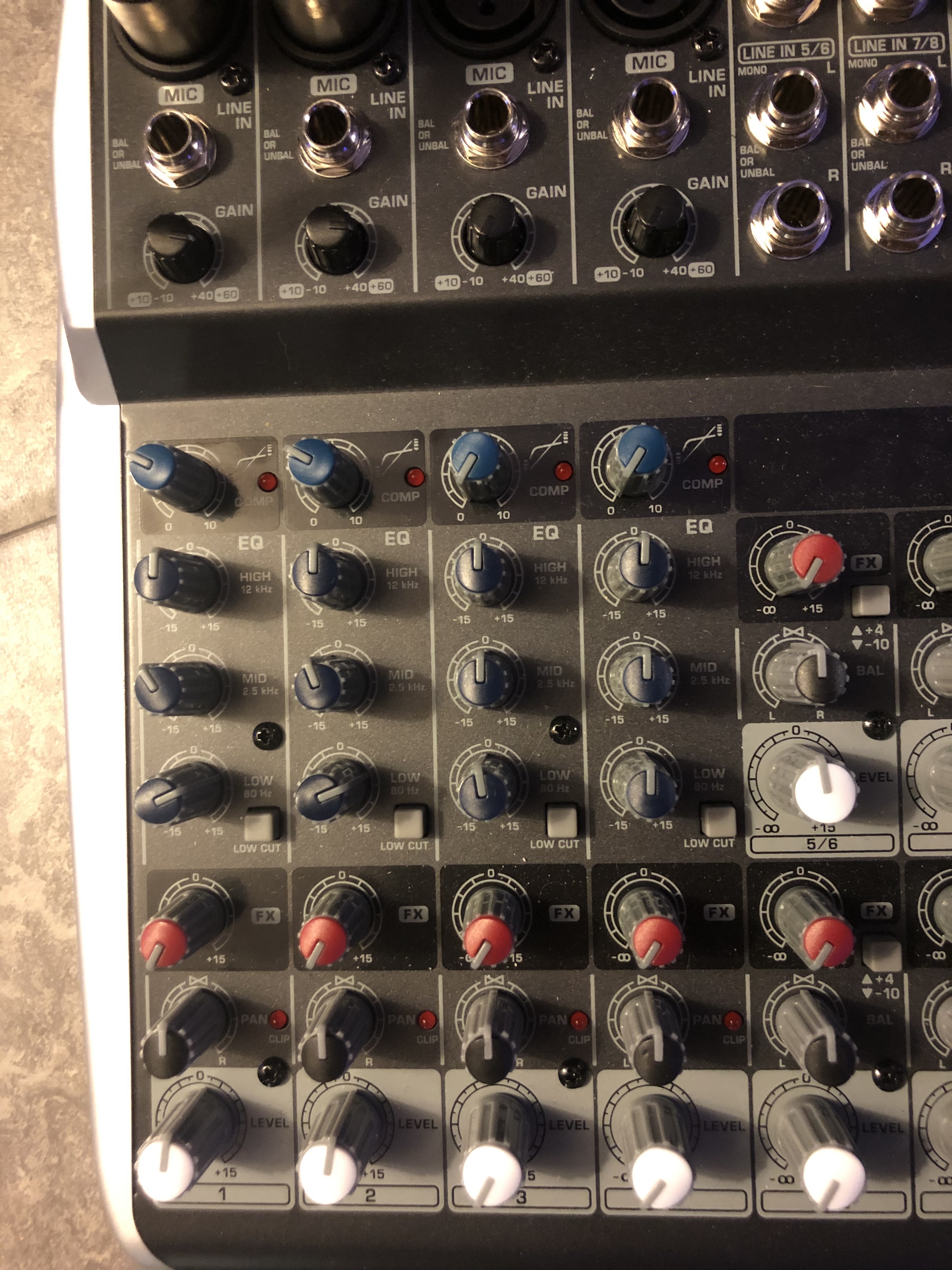 How to Make a Great, Professional Sounding Interview in Audition

This tutorial will detail how to put together a final interview after you have already recorded the initial capture. When you do the original capture, typically you'll make sure the guest understands they can stop and restart whenever they want to. This makes sure you can always get the best, most eloquent version of whatever they're trying to say, and you can streamline the interview while making it sound better. However, to save the guest time, and to encourage a natural flow to the conversation, you generally won't be doing the same in your questioning. So this will show not only how to process the audio of the interview to make it sound good, but also how to re-record asking questions and add them back in post-production.

Next, comb through and delete all the parts where they said they wanted restart, long pauses, long ums, etc. (and upload/backup this version everywhere)

Next, capture a noise print from the file, and process the noise reduction for the entire file.

The last step for the processing the interview audio is ENCN, which goes as follows:

This process should take about an hour for a 20 minute interview. After you've done all that, we can begin making clips of each question & answer, recording questions, and putting everything together to sound like a cohesive interview.

Putting together the interview:

After you have the audio processed, you'll want to re-record those questions you asked in all kinds ineloquent ways. The best way to do this is:

As a quick tip, you can quickly change to the razor tool by pressing R, and back to the selector by pressing V. This will be useful for when you cutting stuff and moving thing around one after another.

Once you've done all that, you should be able to export and save the multitrack mix-down as a .wav file, and it will sound like one crisp interview, recorded all at once. Upload/backup that .wav everywhere necessary, and it's ready to use in the final mix-down of your full podcast, or for whatever other purposes you need.